Faculty of Mechanical Engineering and School of Electrical Engineering from the University of Belgrade signed a cooperation contract with representatives of the Brose Company, which will enable students to gain practical knowledge within the production and future R&D center of this company.

Representatives of Brose Mr. Roman Strahos and Mr. Thomas Spangler signed the agreement on the behalf of the Brose, and deans of the two educational institutions Mr. Radivoje Mitrović and Mr. Milo Tomanović on the behalf of faculties. 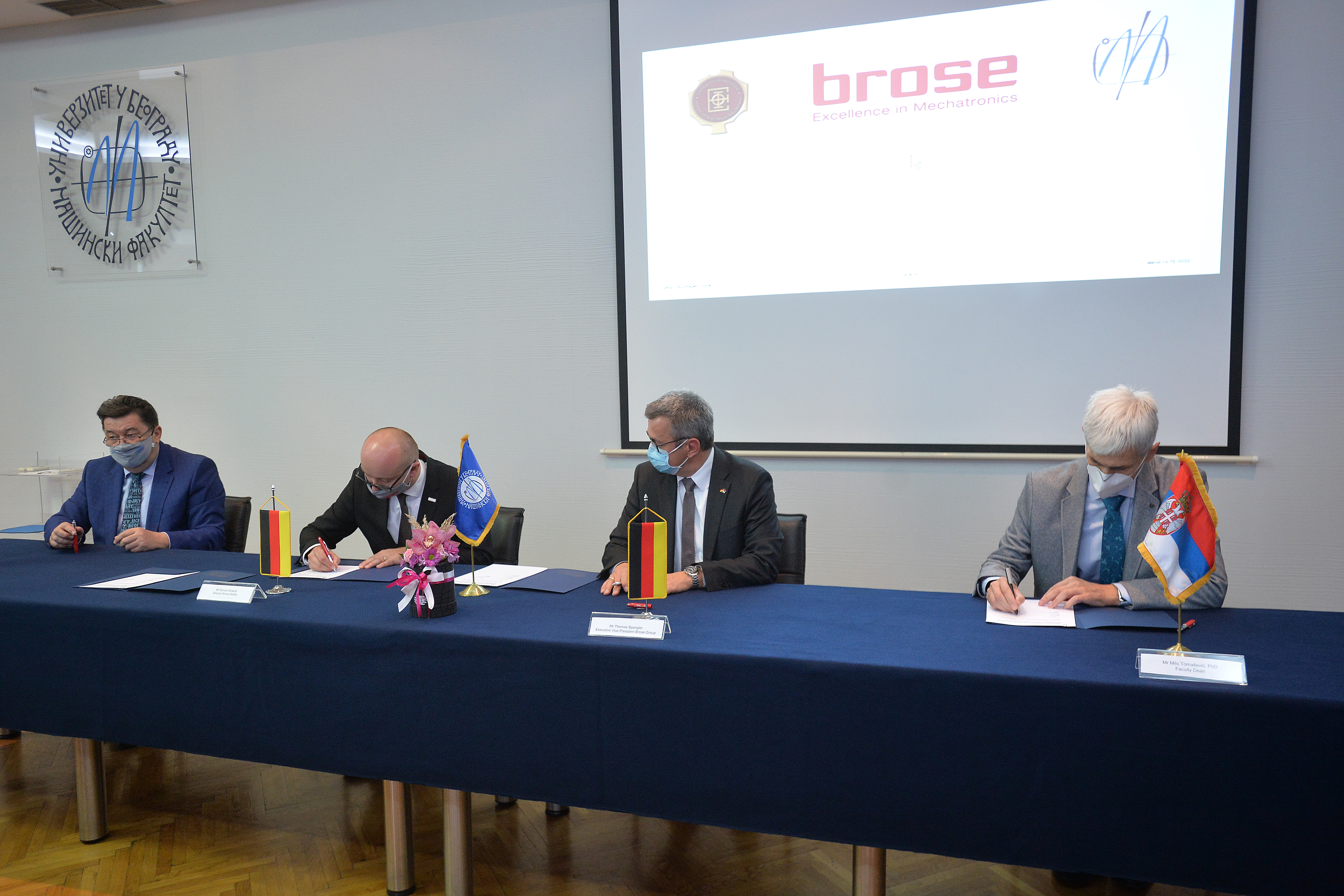 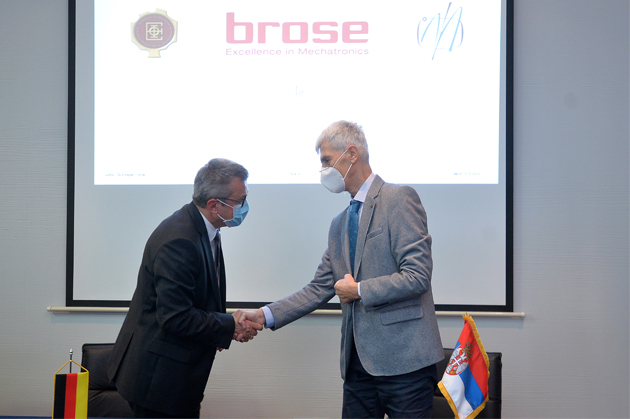 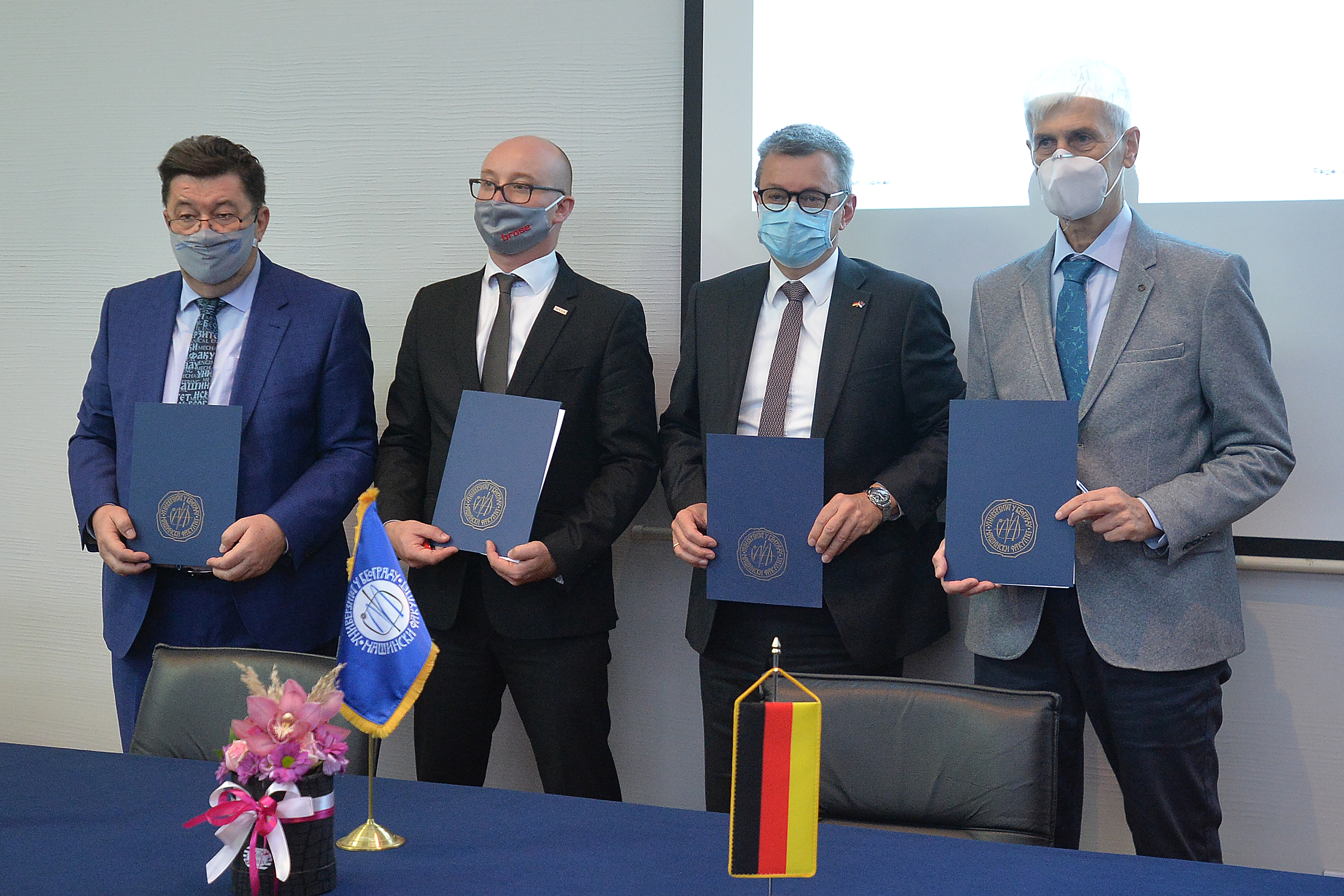 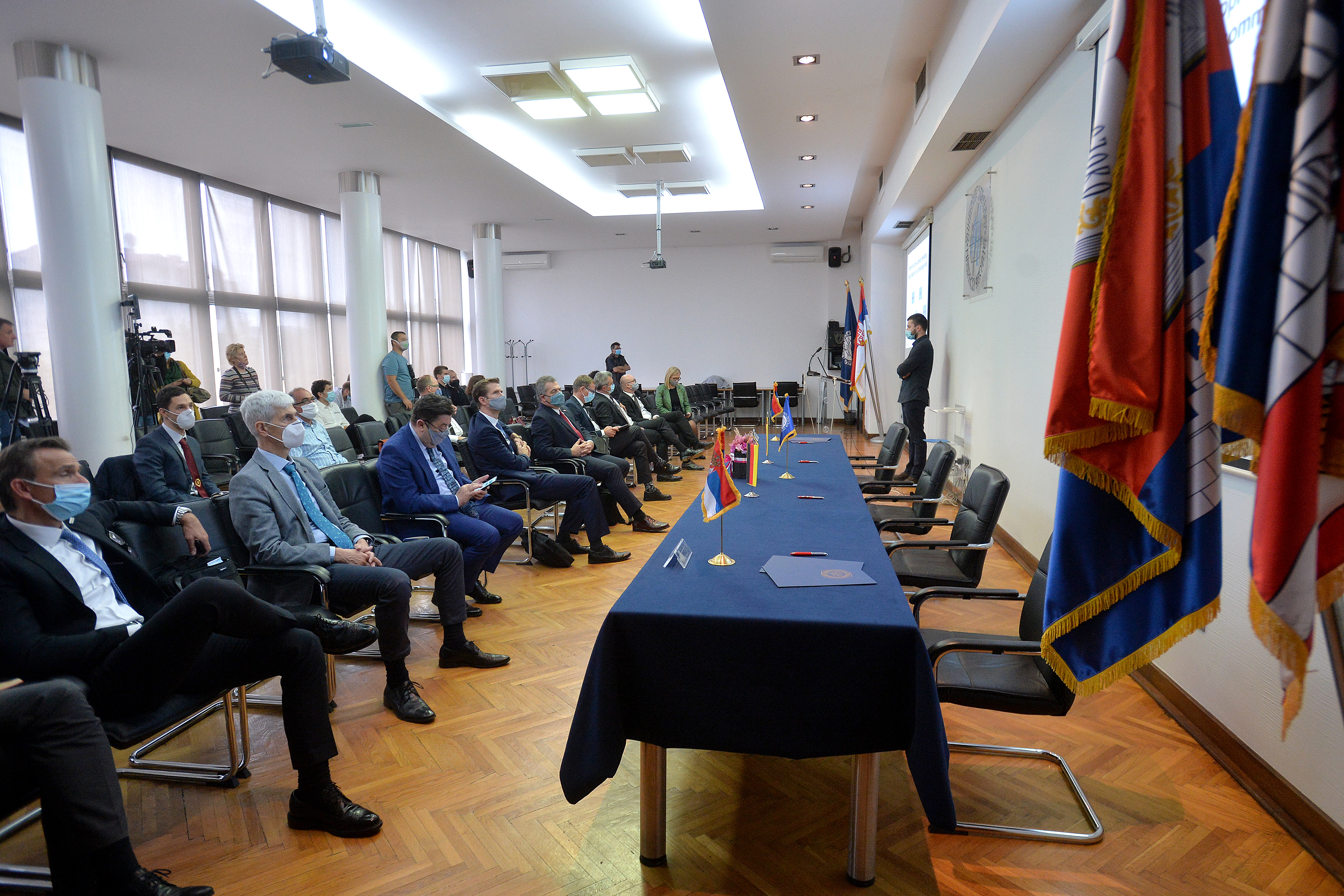 Prior to signing the Prime Minister of the Republic of Serbia, Ana Brnabić met with the Urlich Schrickel, Executive Director of Brose. This German investor has started the construction of a factory of auto-moto parts in Pancevo and plans to employ 1,100 workers and invest in Serbia at least €180 million by the end of 2026.

Serbian Prime Minister expressed her gratitude to the representatives of this successful German company for the trust to invest in our country.

She pointed out that her goal and vision of the government, which is to encourage exactly these types of investments and the arrival of companies in Serbia that recognize not only a good market, but also the capacity and quality of professional staff, which coincides with the economic and strategic priorities of the government, which is an economy based on knowledge and innovation.

Brnabic added how much she appreciates the vision of the Brose management to establish a research and development center in addition to production in Serbia.

Establishing cooperation with universities in Serbia, primarily with the Faculties of Electrical Engineering and Mechanical Engineering, as the company "Brose" did, is essential because one of the goals of the government is a deeper and more efficient connection of companies with the education system and students. 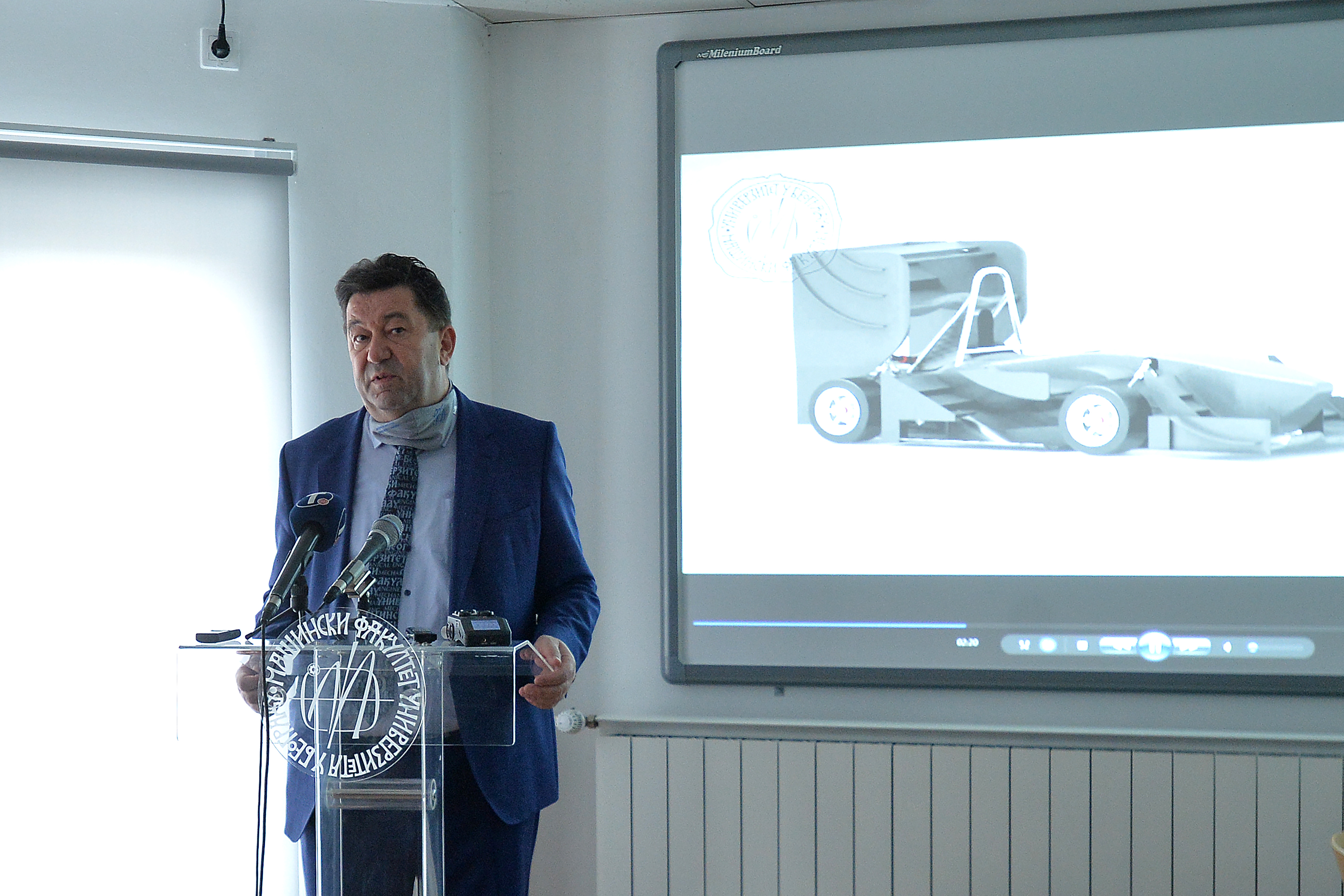 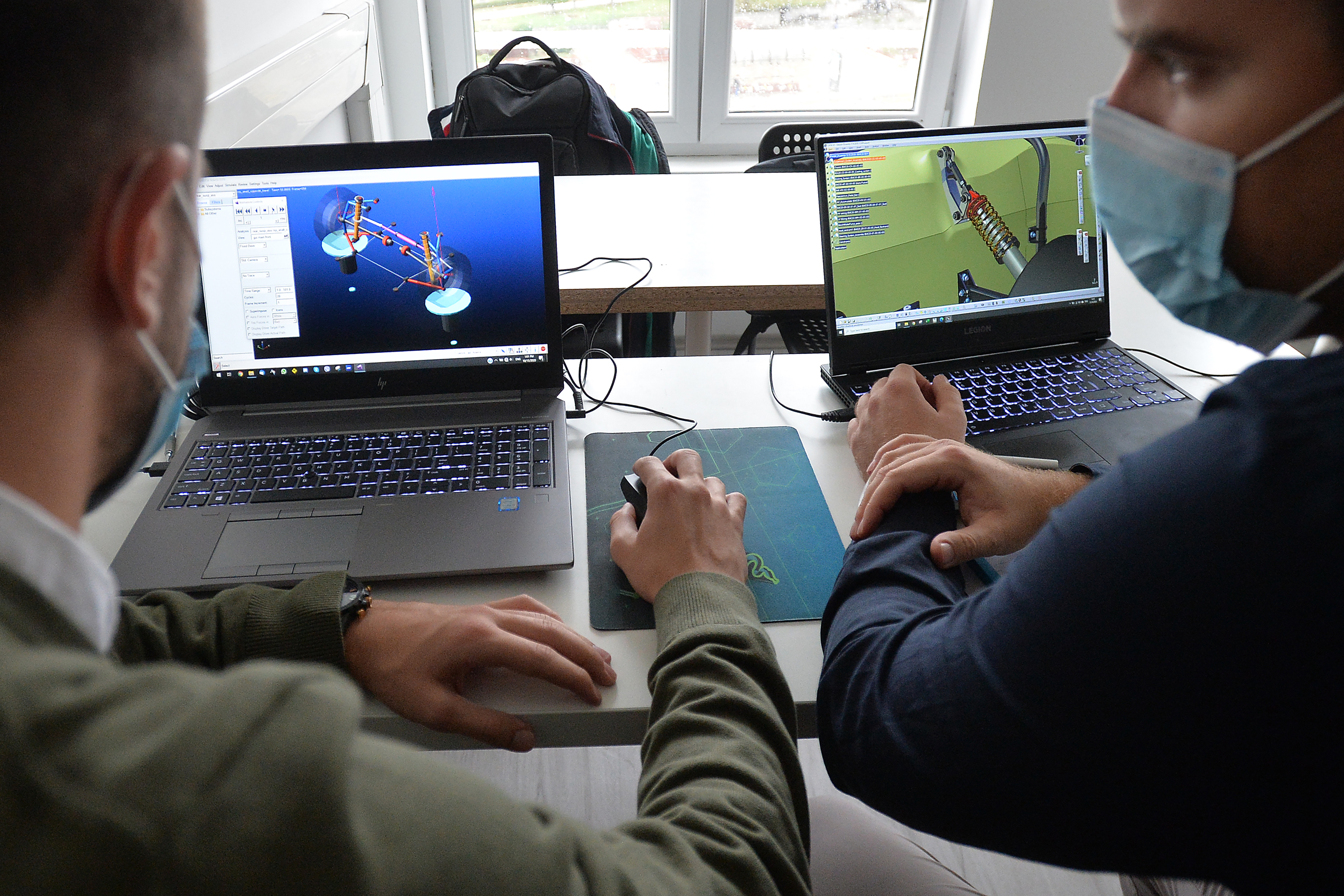 Mr. Schrickel explained that out of the mentioned 1,100 workers, it is planned that 460 employees will have a university degree, which would amount to more than 40 percent of the total number of workers.

He confirmed that the company, in addition to production facilities, would also have a department that will deal with development and that qualified personnel dealing with the production of hardware and software will be necessary.

In that regard, the officials agreed that Serbia has the appropriate staff.

Schrickel informed the Prime Minister that the first phase of the construction of the factory will be completed in the spring of 2021 and that the production will start at the end of that year.

The Prime Minister pointed out that Serbia is intensively building the image of a country desirable for investors and that it changed the financial laws and improved the tax system, which created a favorable investment climate in the country.