HISENSE (GORENJE) IS BUILDING A ...

NIDEC BEGINS CONSTRUCTION OF YET ...

Toyo Tire Corporation started the construction works for the plant in Serbia. The investment is worth approximately €380 million, and the intention for the Serbian plant is to produce five million tires a year and have €240 million of exports.

In the municipality of Inđija, the groundbreaking ceremony for the Toyo Tires factory took place today, announcing the biggest Japanese investment in the country, so far. As announced before, the Serbian plant will be the only Toyo project within Europe as a production, and also it will include R&D function.

According to the company’s officials construction works should be done by April 2022, and soon after the production could be initialized. Furthermore, the future Toyo Tires factory in Serbia should employ around 560 workers by the end of 2023. 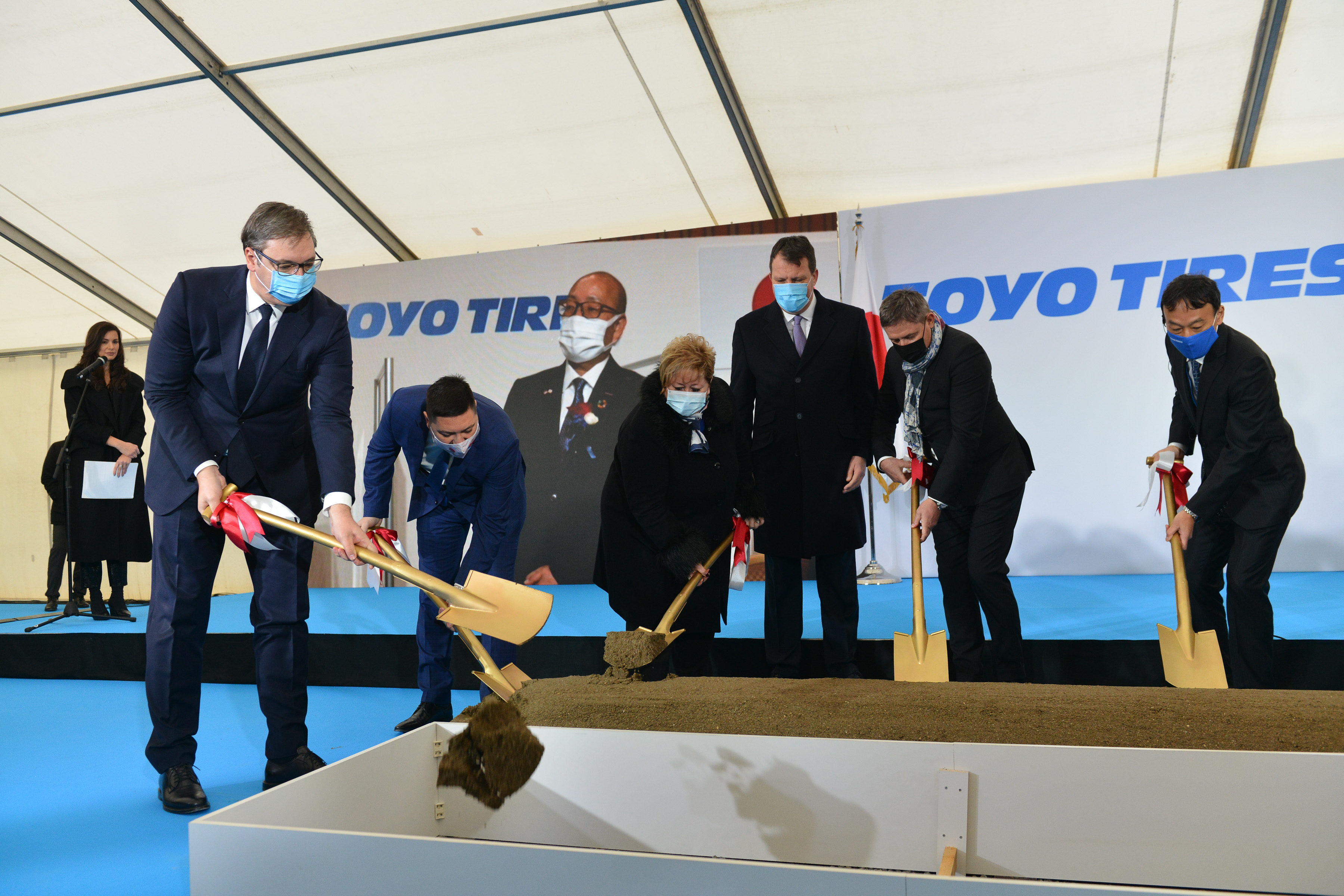 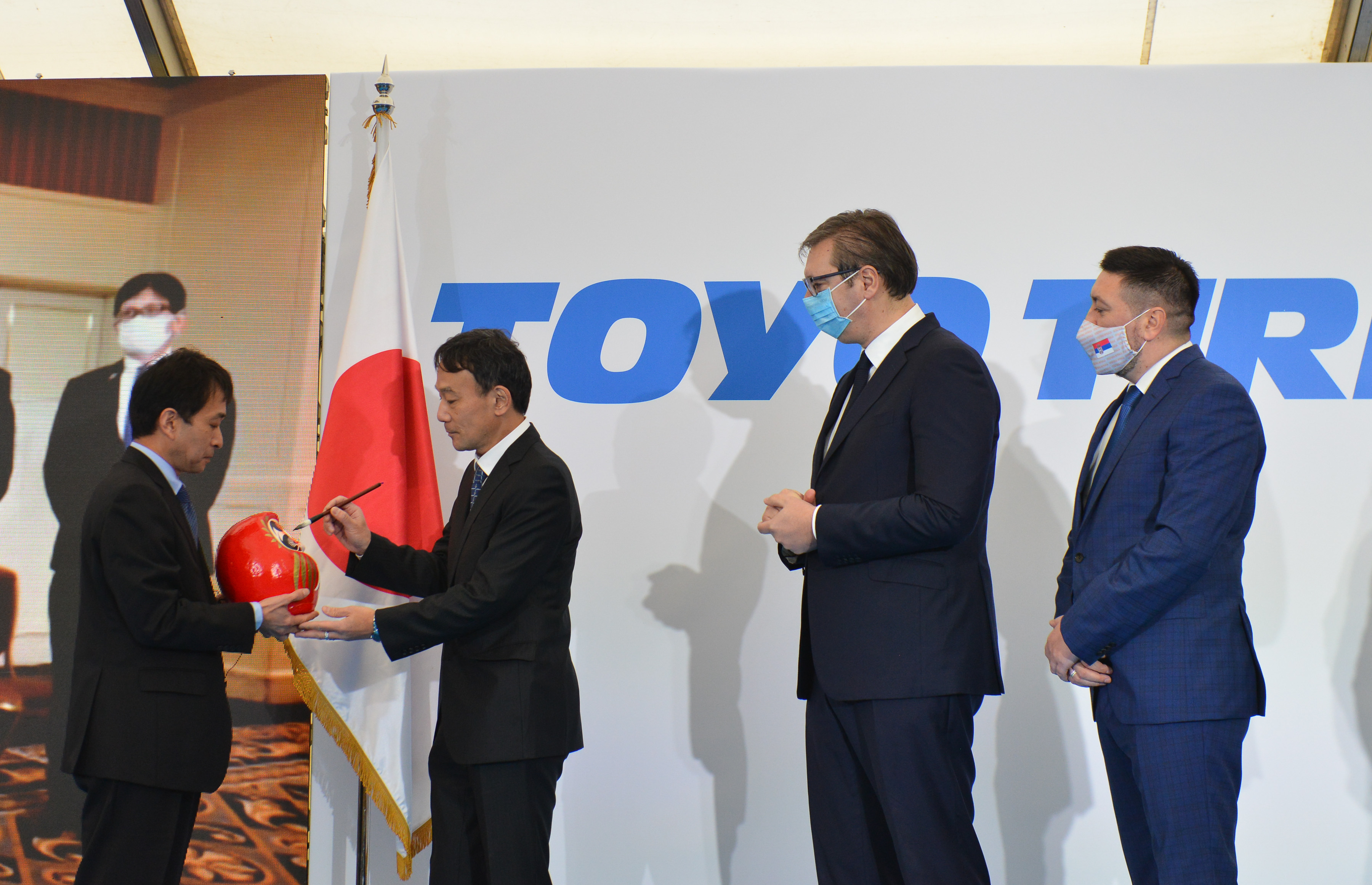 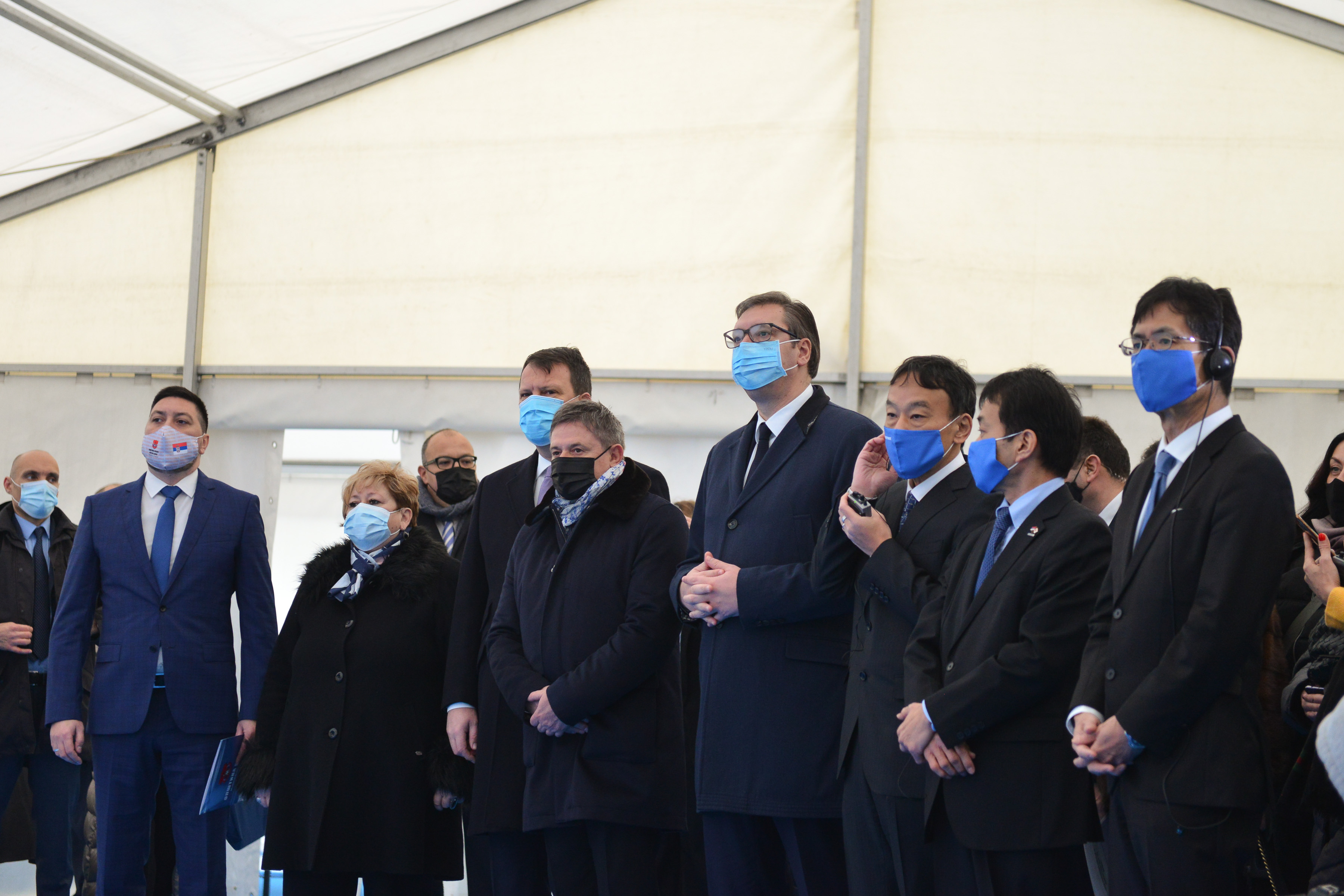 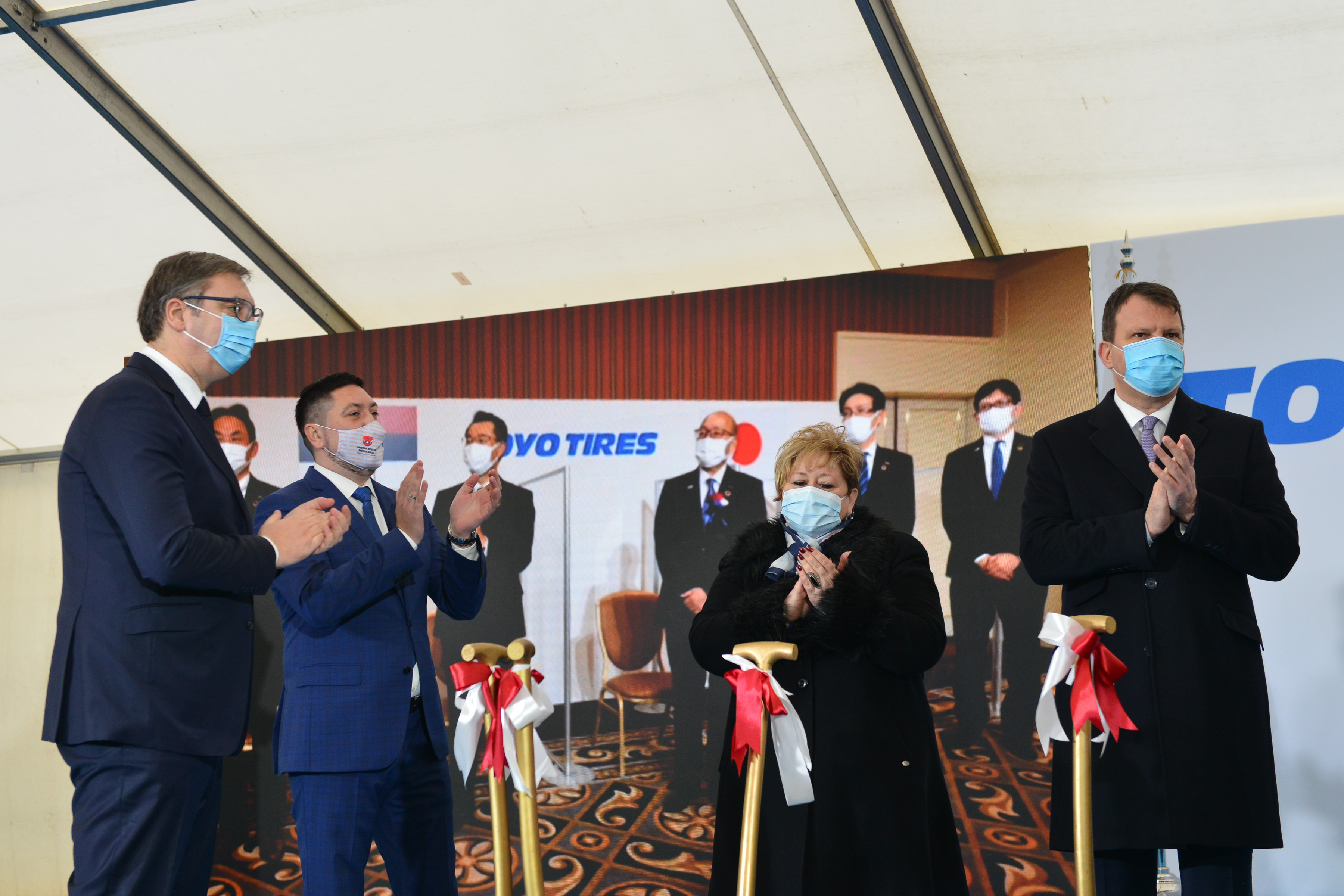 A groundbreaking ceremony was attended by the representatives of the Toyo Tire Corporation, as well as the CEO of Toyo Tires, Mr. Takashi Shimizu who attended the event online. Then, the President of the Republic of Serbia, Mr. Aleksandar Vučić, Minister of Economy, Mrs. Anđelka Atanasković, H.E. Ambassador of Japan to Serbia Takahika Kacumata, head of the Vojvodina provincial government Igor Mirović, major of the Municipality od Inđija Mr. Vladimir Gak, and the famous Serbia football player Mr. Dragan Stojković.

The CEO of Toyo Tires, Mr. Takashi Shimizu highlighted the fact that the plant in Serbia will incorporate the latest technological solutions, and it will produce the highest quality products, at a competitive price and in an energy-efficient way.

„We have carefully searched for the new investment location. The competition was very strong, but here in Serbia, we have found the perfect environment. Our goal is to produce tires that will be entirely created in Europe. By 2023, more than 560 Serbian workers will produce 5 million Toyo tires every year. We are very pleased to be able to create new jobs and accelerate the economic development of Serbia and Indjija“, said Shimizu.

He also emphasized the importance of the plant in Inđija within the entire Toyo Tires system, as it is planned to supply markets in Europe, the Middle East, Africa, and North America.

The President of the Republic of Serbia, Mr. Aleksandar Vučić expressed gratitude to the Toyo Tires Corporation, and to the entire team working on this project during the negotiation process.

„We started the negotiations in May 2017, it took us three and a half years to bring such an impressive company to Serbia. This is an investment of great importance for the municipality of Inđija, but also for the Republic of Serbia in general. Having in mind that the Toyo Tires exports will be at the level of 240 million euros, it will be one of the largest exporters from the territory of Serbia. This will have a huge impact on further development and growth of the Serbian economy,“ said President Vučić.

Toyo Tire Corporation is one of the world’s leading tire manufacturers with subsidiaries or agents in over 120 countries around the world. Founded in 1945, the business currently employs around 12.000 people and has its group Headquarters in Itami, Japan. Business activities of the group are based on two core competencies of tires and automotive technology. 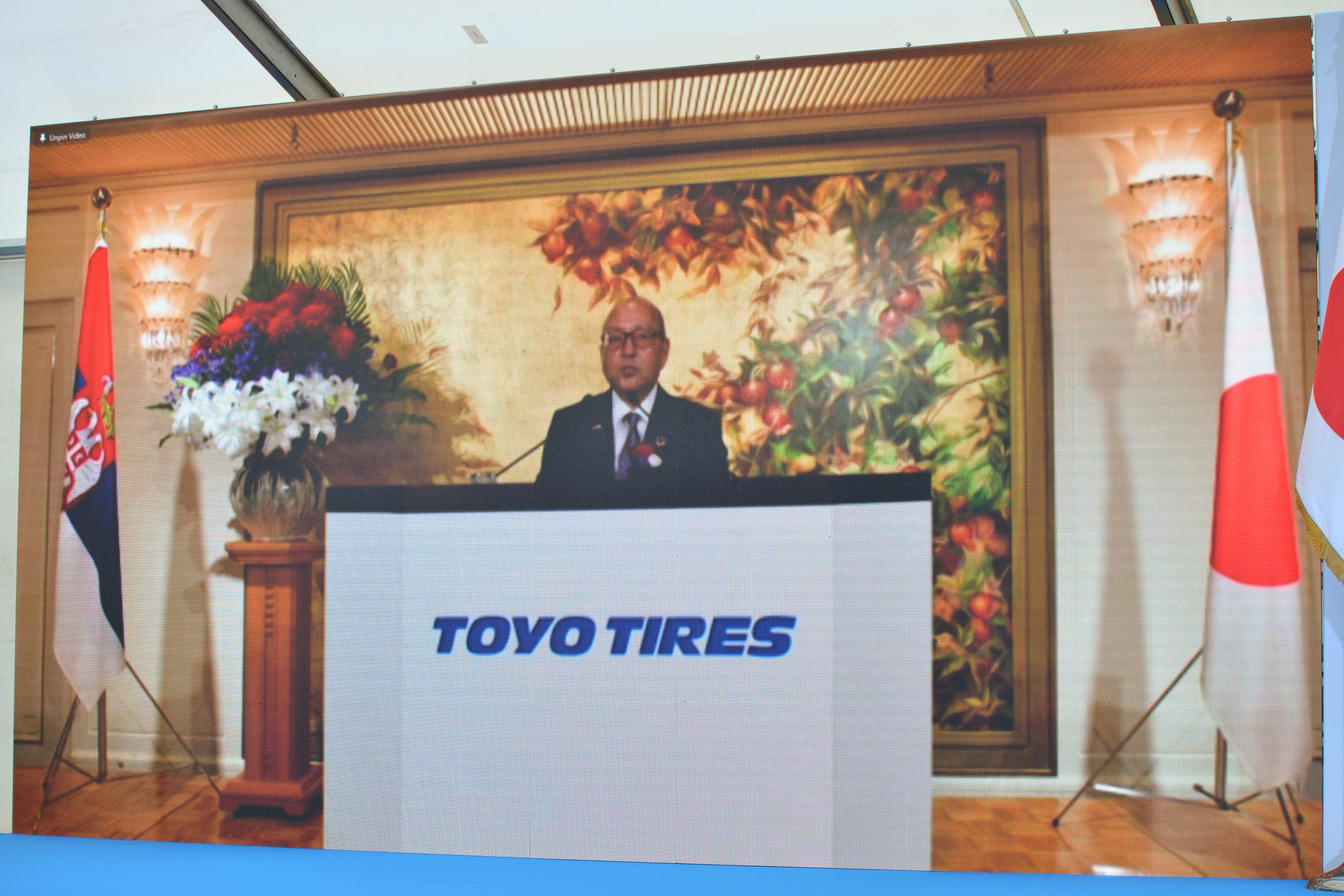 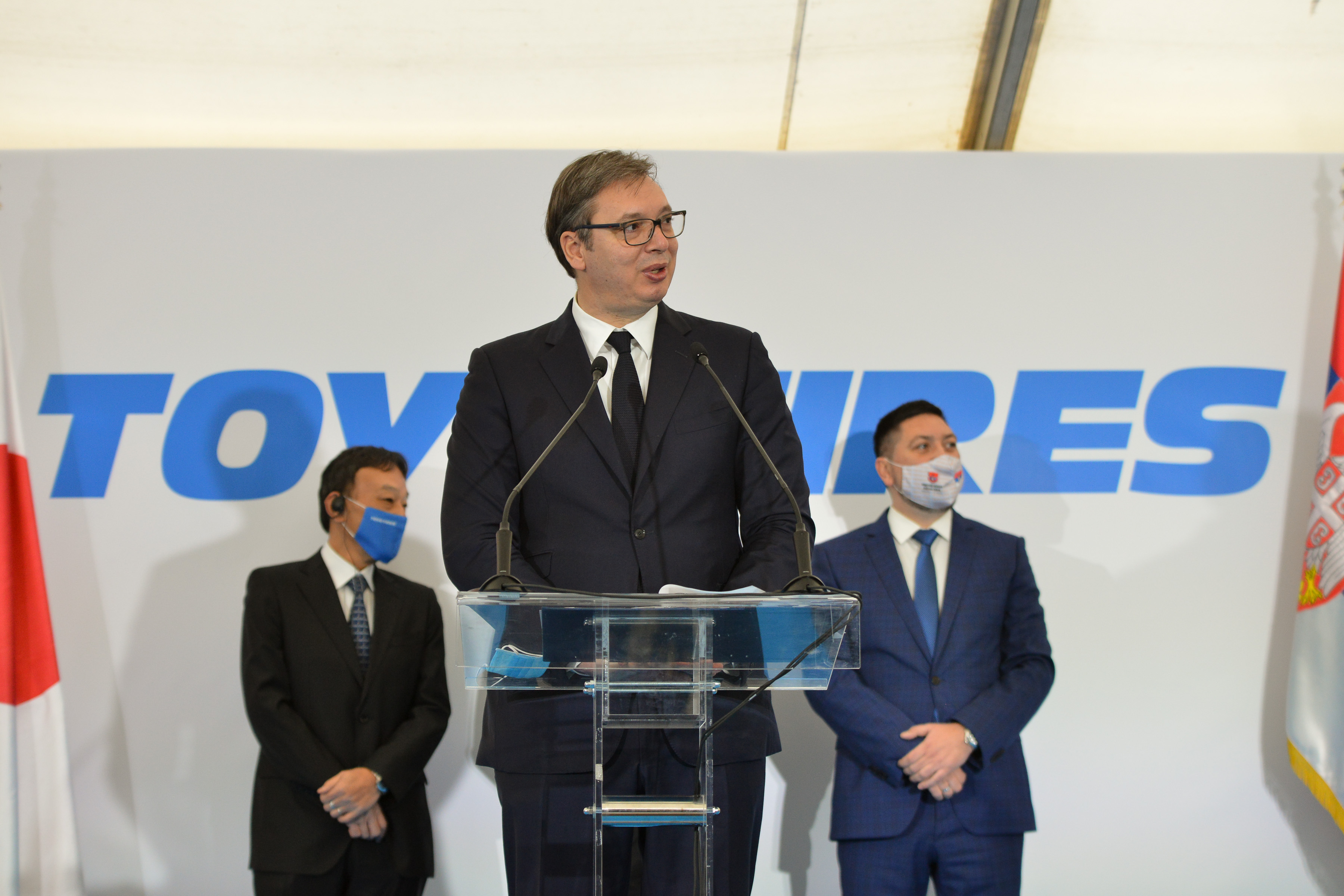 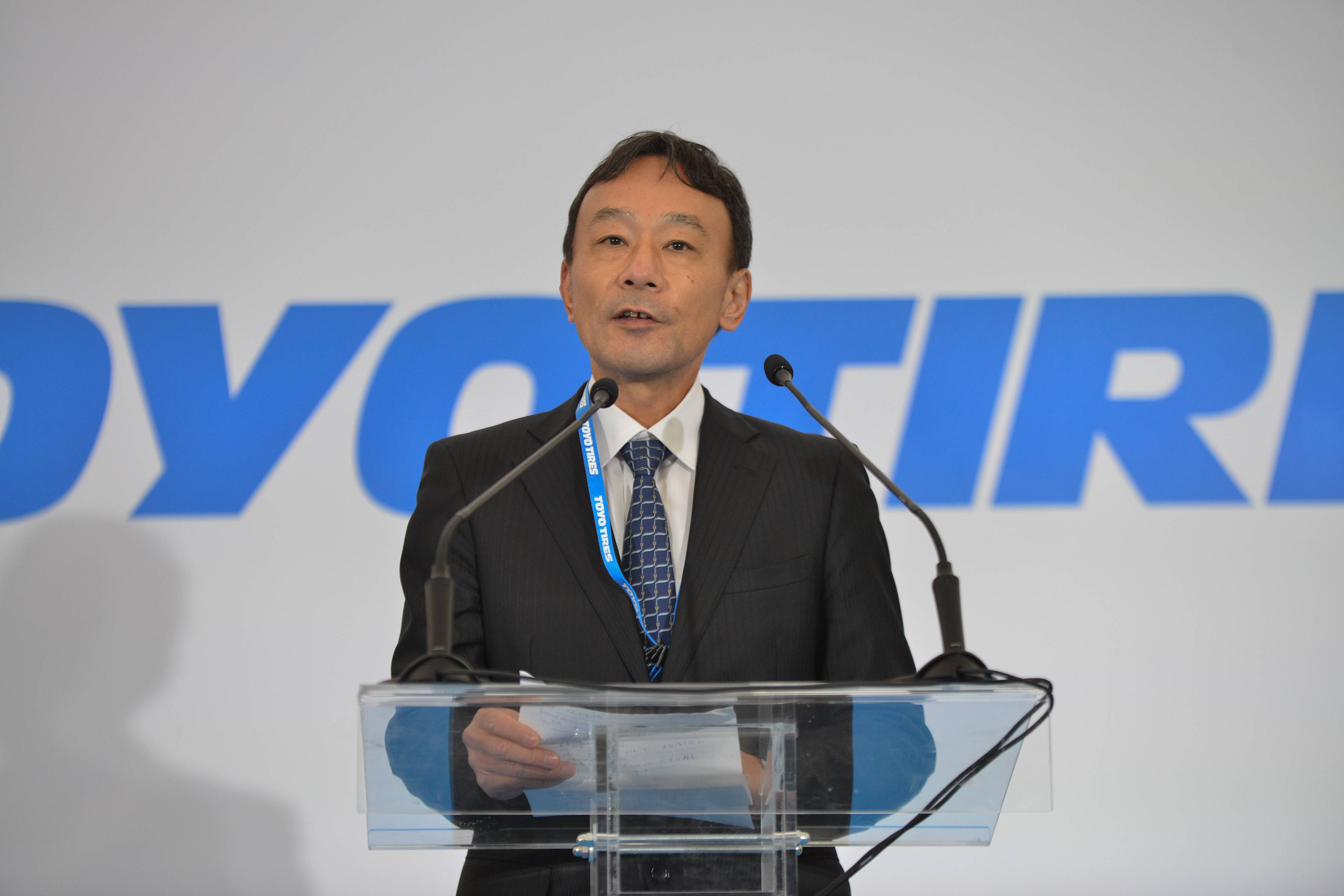 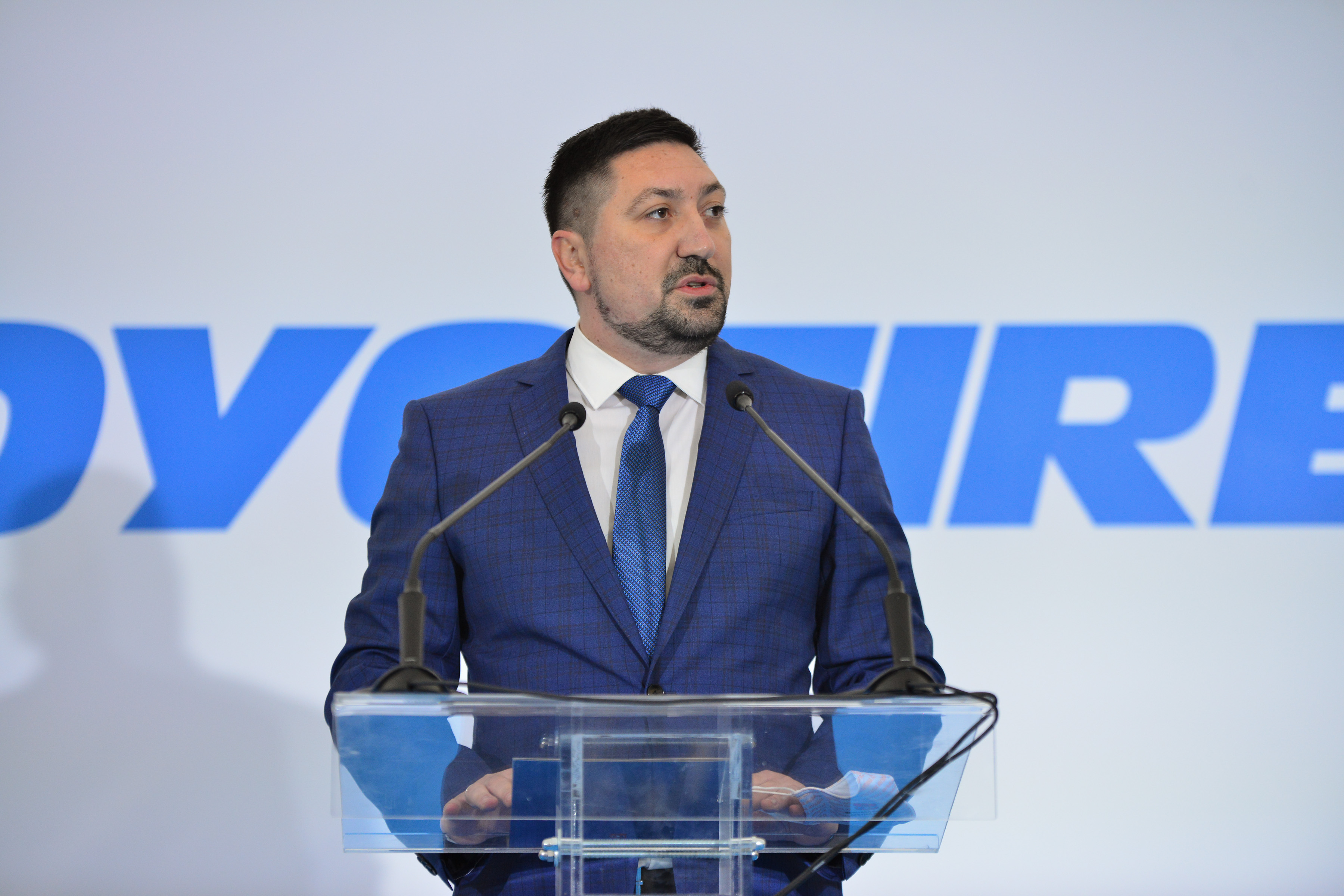 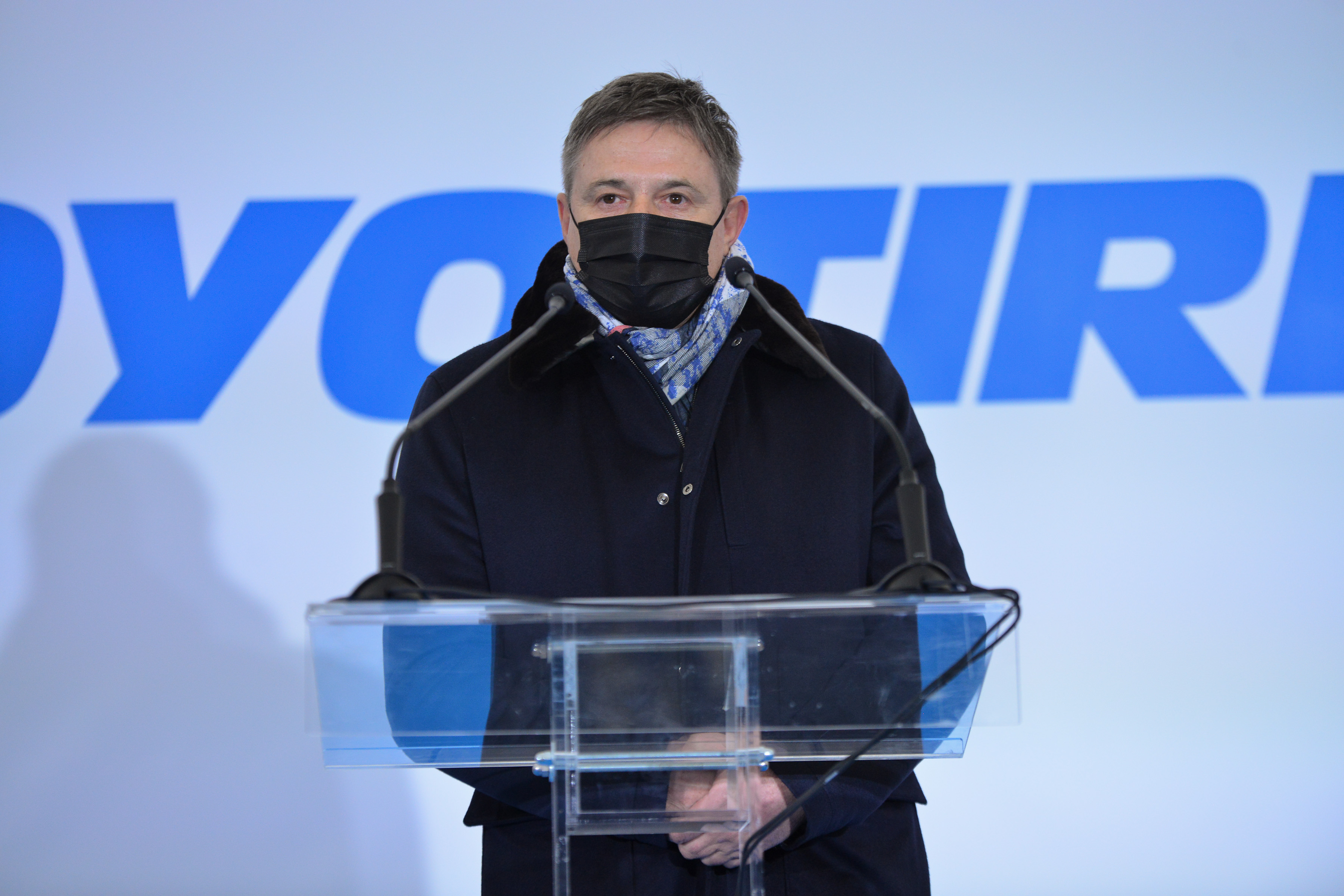