EY: Serbia ranks among top 15 European countries based on the number of foreign direct investments

Serbia attracted a record-breaking number of foreign direct investments (FDI) in 2017, due to which it is among top 15 European countries based on the number of FDI for the first time ever, as shown by the survey results of the auditing and consulting company Ernst&Young "European Attractiveness Survey 2018".

Last year, Serbia managed to attract 118 FDI projects, exceeding the investments from 2016 by 157 percent (46 projects), enabling it to climb the European ranking list by eight places based on the number of FDI and take position 14 in 2017, as stated in the EY survey.

The results of the survey conducted by the company indicate that the region of Central and Eastern Europe is the second best-ranking region based on the number of FDI in Europe.
FDI directed toward Europe achieved a record in 2017 with 6,653 FDI projects, representing an annual growth of 10 percent.

Over the last year, there were 353,469 new job openings in Europe derived from FDI, which is by 19 percent higher than last year, of which 20,103 job positions were opened in the Republic of Serbia, making it six percent out of the total number of newly opened job positions in Europe in 2017. 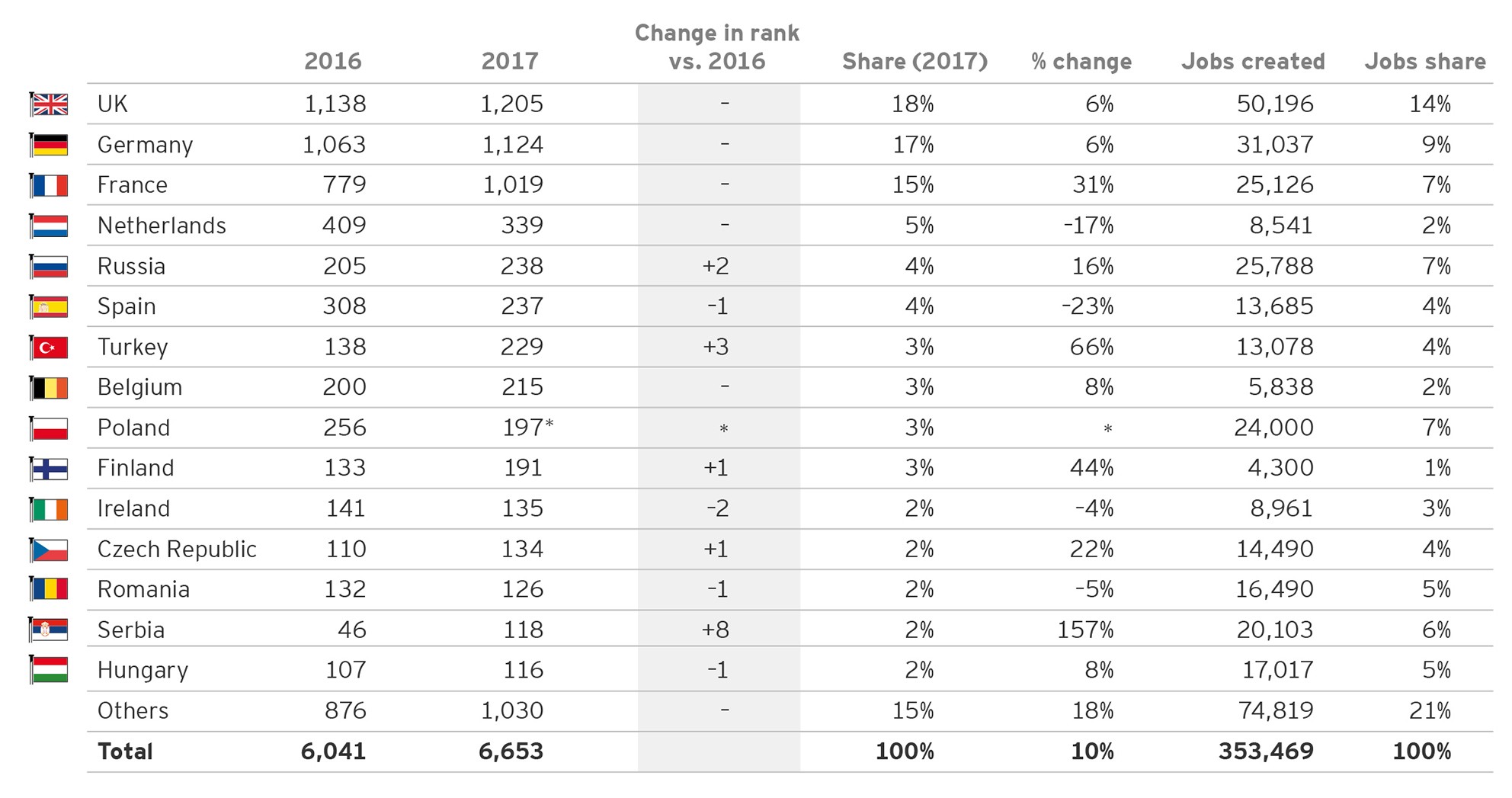